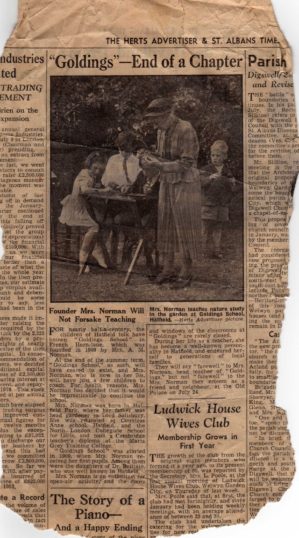 Goldings School - Miss Norman with pupils in 1953.
John Richards family kept this newspaper cutting from 1953. John Richards is the boy wearing a jacket sat next to Miss Norman. 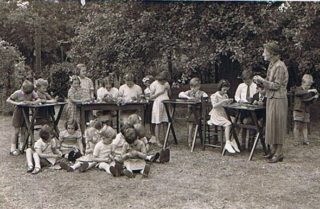 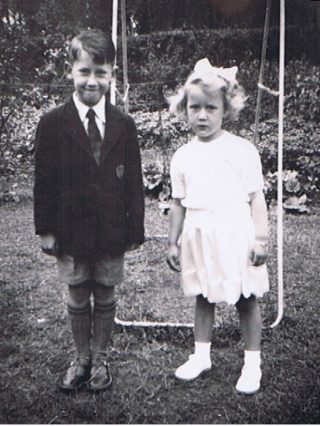 Goldings School in French Horn Lane was founded in 1909 and closed in 1953 when, according to the Herts Advertiser, Miss Norman retired for health reasons. Ada Norman was born in 1879 in a cottage in Hatfield Park where her father became head gardener. She was educated at Countess Anne School, Hatfield and the North London Collegiate School for Girls. Miss Norman was an enthusiast for open-air activity, and the doors and the windows of the classrooms at Goldings were rarely closed. Miss Norman died in 1967 aged 88. I attended Goldings School from 1950 to 1953 and my sister Anita from 1951 to 1953 and I can confirm that Miss Norman was a wonderful teacher.