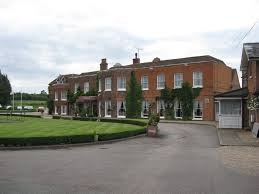 I remember living in Bush Hall Cottage as it was then known, I think about 1954-56. I went to the private school in Bush Hall for a while. Across the lane was an old house occupied  by Mr & Mrs Titmuss. I spent a lot of time over there; it was an old water-driven mill as I recall built over the River Lea. I used to fish behind the mill in the river. Oh, what happy memories. That mill is never mentioned now in all that I read about Hatfield and I wonder why.

I know the house that I lived in was renovated, as I visited it in 1989 to see Mrs Titmuss and my old school, which by then was a hotel. I swear the hotel still had some of the same beds used for boarders upstairs in the cheap rooms!

I was only in Hatfield for a few years but it left a lasting impression. I was a choirboy at St Etheldreda’s Church and, after I left the private school, I went to the old school behind the Church. I think Mr Padget was the headmaster. When my father died suddenly, my mother moved me to Sussex and then to Liverpool, where I lived until emigrating to Canada, but I still have fond memories of Hatfield and especially the Mill Green area.