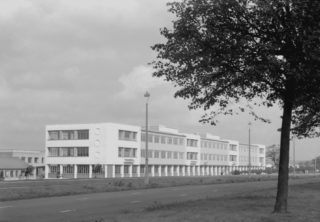 The company was initially established at Stag Lane in Edgware. However, following the purchase of Roe Hyde and Harpsfield Farms, the company moved to Hatfield in 1934.