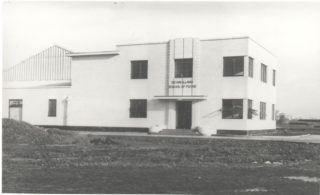 The de Havilland School of Flying was set up after the First World War in April 1923 and was predominantly used by Royal Air Force Reservists. By 1926 training was primarily done using the Moth (an aircraft developed by the de Havilland Aircraft Company). It was in 1930 that the school moved to Hatfield.

The school carried on its vital role during the Second World War as it trained thousands of RAF and Army pilots. The war ended in 1945 and the school returned to reserve flying. On March 31, 1953 the school was closed down after being in operation for 30 years.