You are here: Home>Topics>People>A Hatfield Family 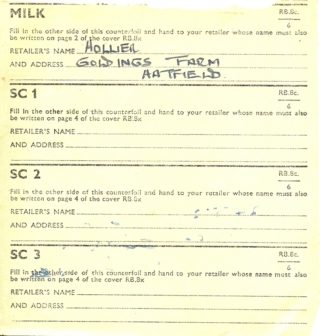 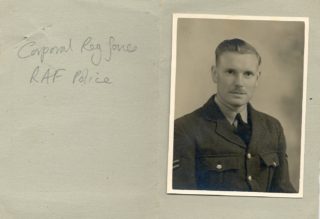 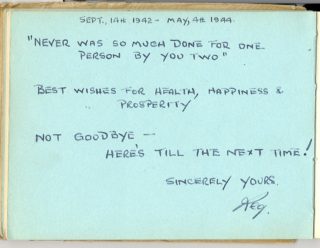 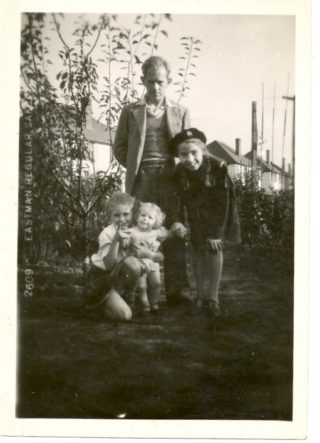 Mollie in Guide uniform with dad, Heather and me
Cross family 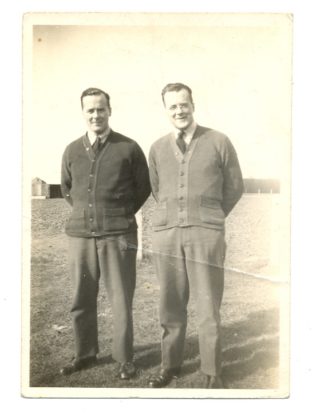 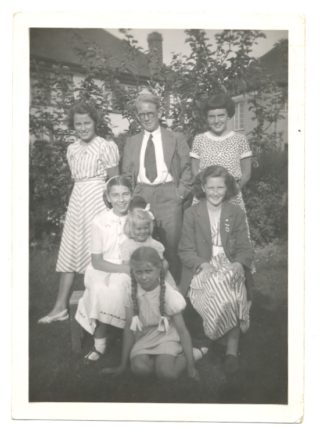 My parents, George Nelson Cross ( known as ‘Sandy’) and Mollie Adelaide Cross married in Hendon in 1933 and moved to Hatfield when the Greyhound Hill workers moved to the De Havilland site. They initially lived at 12 Birchwood Avenue, later moving to 8 Birchwood Avenue. I am told that Mr Simmonds (Baker) and Mr Hollier (Milk) rode out to Hendon on motor bikes to ask for their custom when they moved to Hatfield.

During the Second World War Dad worked on the Mosquito at Salisbury Hall, he was also an ARP warden. Despite having two small children, they also had people billeted on them from the Allied forces, who worked for or were on courses at De Havillands, who all signed the autograph book (as illustrated below).

Amongst these were Corporal Reg Jones from the RAF Police , whose milk ration token is shown below and Donald Ross from the Canadian Air Force (pictured with twin brother) who kept in touch for many years and whose wife kept in contact with my mother and eldest sister until her death.

In 1950 my eldest sister Mollie was a pupil at St Albans Girls Grammar School who organised an exchange with girls from Odense in Denmark. We hosted Birgit Rassmussen and in return my sister went to Odense.

The  photograph shows my father with Birgit on his right and another Danish visitor on his left, my eldest sister Mollie on the grass to his right with school friend Janice Nolan to the left, with my elder sister Heather and myself on the grass.