You are here: Home>Topics>People>When Hollywood came to Hatfield

When Hollywood came to Hatfield 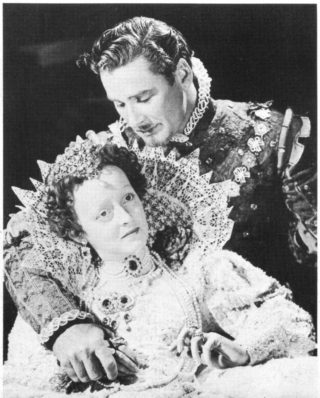 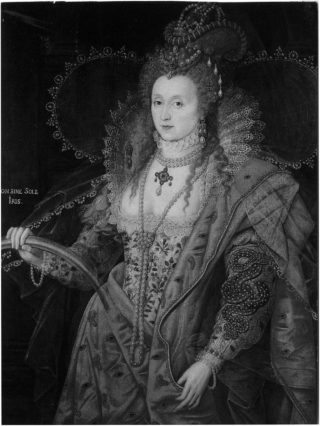 The Rainbow portrait of Elizabeth I at Hatfield House 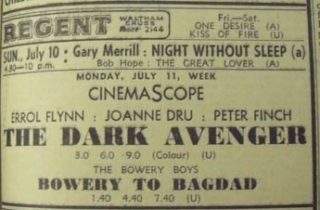 Advert for The Dark Avenger

In 1954 Elstree Film Studios made an historical drama with the working title of The Black Prince.  It starred legendary Hollywood hell raiser Errol Flynn in the title role.

The film also featured a well-known actor from Hertfordshire, Michael Hordern who was born in Berkhamsted.  He played King Edward III, the Black Prince’s father, despite being nearly two years younger than Flynn.  In his autobiography Hordern remembered working with Flynn:

Starting in the make-up room at six in the morning, he would drink vast amounts of vodka but never appeared drunk and was always a charming and commanding presence.

Some of the scenes were filmed in Hatfield Park.  One Monday there was a break in filming caused by rain, so Flynn thought he would visit Hatfield House, the childhood home of Queen Elizabeth I.  Errol explained ‘I like history.  One feels pretty close to it here.  They tell me the first Queen Elizabeth walked among these trees.’  In 1939 Flynn had played the Earl of Essex opposite Bette Davis as Queen Elizabeth in the film The Private Lives of Elizabeth and Essex.  The following year he starred in The Sea Hawk which also featured Good Queen Bess, this time portrayed by Flora Robson.

Unfortunately the house was closed to visitors on Mondays, but the Herts Advertiser newspaper arranged for a special tour for Flynn, his leading lady Joanne Dru and fellow cast member Peter Finch.  Flynn was in costume as he followed the curator R L Drage through the rooms of the stately home, stopping to admire the famous rainbow portrait of Queen Elizabeth.  The Queen’s hat and gloves, which are still on display at the house, delighted Flynn who commented ‘Gee she must have had beautiful hands!’

The portrait of a white horse attracted the actor’s attention.  It was allegedly the steed that Elizabeth rode at Tilbury when she addressed her troops as they awaited the arrival of the Spanish Armada.  Flynn was an experienced horseman and was riding a retired Metropolitan Police horse, appropriately named Copper, in the film.

Flynn appeared to have a genuine interest in the historical treasures of Hatfield House.  A reporter from the Herts Advertiser accompanying the party wrote:

He passed reverently from room to room, poring over old manuscripts and discussing with authority, the composition of the great seals of England.  He had almost to be torn away from the gleaming pictures on the staircases. The faces and costumes, he said, made him tingle.

‘I would like to spend days here, absorbing it all’ Flynn remarked, but the rain had now stopped and he had to film an escape from a castle scene with Copper the horse.  The star was suffering for his art.  Looking down at his silver-studded black breeches, Flynn said ‘Ugh!  This is the first time I’ve worn armour, and do you know, I’ll be glad to change into something that doesn’t scratch.  Really it’s almost too much to bear!’  Despite his discomfort, Flynn had been delighted by his visit to Hatfield House, saying ‘This is an afternoon I shall not easily forget.’

When released in England the film was called The Dark Avenger and was known as The Warriors in America.  It was Flynn’s last great historical swashbuckler and his glory days starring in such Hollywood classics as The Adventures of Robin Hood and The Sea Hawk were long gone.  In one lengthy sword-fighting scene Flynn was replaced by a double, the Olympic sabre champion Raymond Paul.  Flynn stepped in at the last moment and nearly cut off the little finger of the right hand of his opponent, a young Christopher Lee.  The Dark Avenger was shown in Hertfordshire in July 1955.  The Borehamwood and Elstree Post reviewer described it as ‘Blood, love and bags of excitement.’  Flynn made another eight films and a number of television programmes before dying, aged 50, in 1959.

Errol was not the only member of the Flynn family to have a connection with Hertfordshire.  His father, Professor Theodore Thomson Flynn, a distinguished Australian biologist, lived briefly at St Albans.  He appears in the 1960 Kelly’s Directory at 8 New House Park.

Hatfield House has remained a favourite with film makers.  It featured in Batman and Batman Returns as well as being used for period pieces such as Shakespeare in Love and Elizabeth: The Golden Age.  More recently the house was used in The King’s Speech and HatfieldPark was the location for the music video of Stand and Deliver by Adam and the Ants.