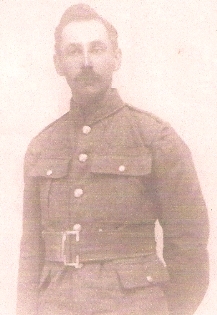 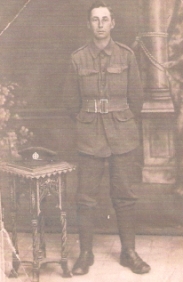 On Active Service in France 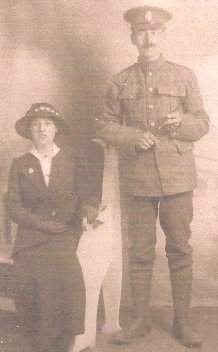 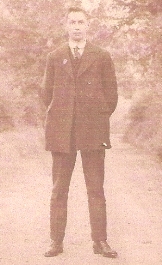 Harry joined the Herts. and Beds.Regiment in May 1916. He was stationed at Ampthill, Bedfordshire until he was shipped to France from Felixstowe, Suffolk. He was later transferred to the 10th Rifle Brigade. Service No 200437

He served in the trenches on the Somme, sometimes he was put in charge of the Lewis gun. Conditions were very bad, and at times food was scarce. My mother Edith used to send him a parcel each week of fruit cake, chocolate, sausages and eggs. Other comforts were socks, handkerchiefs and clean rag to clean his rifle. These parcels were always shared with his friends.

One day he got lost in No-Man’s land and walked into a pill box full of Germans they were so surprised, he quickly turned round and made a hasty retreat.