You are here: Home>Topics>People>Going Back (to Hatfield) by Jennie Stockbridge

Going Back (to Hatfield) by Jennie Stockbridge 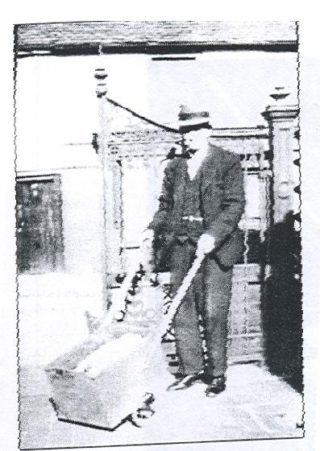 Some time ago I returned to Hatfield after an absence of forty years. I decided to take a look at the town where I was born and grew up and find out how it had changed in the intervening years.

Hatfield New Town was already an embryonic reality before I left. Living close to another New Town I was well aware that there would be substantial alterations. Emerging from a smaller, less pretentious railway station I noticed at once that the road outside swept off southwards at an unfamiliar angle cutting off the town from this direction. How pleasant, I thought that traffic no longer flows through the centre of the town.

I crossed the road and entered the park. The huge wrought iron gates looked more forbidding than I remembered them. I paid my admission fee to a disinterested cashier in a little wooden kiosk set uncomfortably in the middle of the wide drive. Passing the time of day had been all that was required when I was a child. The viaduct bridge above Park Street was reassuringly unchanged. My cousin Denis and his friend Greenwood Cull were banned from the park for a year for walking across its parapet – Oh the foolhardiness of youth! The chimney down which generations of Hatfield youth had aimed stones had been blocked. Central heating had at last relieved the householder of this torment.

The North Front looked manicured, with another of those wooden kiosks set incongruously at one end. This had never been the ‘real’ park to us. That lay beyond The Avenue, now looking a shadow of its former grandeur. It appeared to be overgrown and deserted. I missed The Tank. It seems a great pity that it is not possible to find some way of leaving it on display in situ instead of being incarcerated in the Bovingdon Tank Museum. The Lion Oak continues to flourish (“will it still be alive I wonder when the next Domesday Book is written”). The estate yards are cleared of the clutter of carts and farm implements, and the work horses have gone. The livery stables now house the usual exhibitions, gift shops and restaurants associated with stately homes open to the public. After some refreshment I enjoyed wandering through the gardens which were in fine shape. When I was a child they were rather overgrown and neglected most of the gardeners being engaged on work considered more important during the war and the immediate post-war years.

I left the park by the lodge gate at the top of Fore Street. This used to be a favourite meeting place for the residents of the park who would sit under the archway to exchange gossip before returning to their scattered homes. Now the gates were closed and the street beyond was silent. The East Indian Chief public house, always a popular meeting place with a buzz of activity spilling onto the forecourt, is now a smart private residence. It was necessary to wait to go into the church as it is now kept locked unless a custodian is present. I whiled away the time by taking a look at my old school. What a tiny building it now appears. It seems incredible that about 200 children were educated here and even more so that we all crammed into the tiny reinforced cloakroom during the war.   The top of Church Street (we always called it Back Street) was little changed. I noticed for the first time the unusual brickwork of the house next to the school. Why would anyone choose to lay bricks in this higgledy-piggledy fashion. Jacobs Ladder, the steep steps which we loved to play on as we went home from school no longer led to Salisbury Square but to a yard full of garages. Why were these cottages not preserved? They had a historic significance as part of the Hertfordshire Countryside

Thomas Stevens. the author’s grandfather, outside his home in Park Street. He was afimilar sight in Old Hatfield making his way to Glebeland allotments. Note the gates of” the Park Gate Chapel  military establishment of the nineteenth century and the square with its cottage gardens was always a pleasant oasis amid the clustered houses of the town. We children would run through the square and round the corner to Topsy’s sweet shop. No matter that during the war sweets were rationed and the two or three jars on the shelf never varied. We usually managed to find something – coupons could be spent in quarters and we made our purchases last. There were also a number of ‘sweet’ items which escaped the rationing. I returned to the church. Guide boards were being placed around the building by a taciturn ‘custodian’. There were few signs of a warm Christian fellowship here. The church used to be a hive of activity years ago. The Rector and Curates were always around. The Verger, Willie Hall, scrubbed and polished the diamond tiles in the aisle until they shone. He was far more informative than those erudite but impersonal boards and could be prevailed upon to lead an expedition up the church tower to see the bells, the clock, the carillon and of course the view from the top. After the war the carillon was repaired and sang out its different song for each day every three hours, albeit with some hesitation when it ‘stuck’ momentarily. We knew that when the three o’clock tune began we only had a short time in school before ‘home time’.   Fore Street had always been fashionable, and its class conscious pretentions have spread downwards as the few remaining shops have disappeared. There were still a number of shops at the bottom of Fore Street when I was a child. Butler the butcher’s shop is now a private house with its row of hooks now painted while as an architectural feature. I can remember going down the steps into Hankin’s shoe shop to be fitted with a pair of black patent leather shoes. I was immensely proud of those shoes which were the envy of my friends. The truth was that they were the only pair of shoes in my size and far more than my mother could really afford. Cox the chemist still had a shop there. We rarely went inside but occasionally we children would venture in to buy Victory V’s when we had run out of sweet coupons. Drury Brothers was a big dark store at the bottom of the street. There were racks of heavy duty clothing and boots like deep caverns. We were fitted out with stout raincoats, sou-westers and wellington boots here.

From the archives of Hatfield Library