You are here: Home>Topics>Events>Wrestler's Bridge has fallen down

Wrestler's Bridge has fallen down 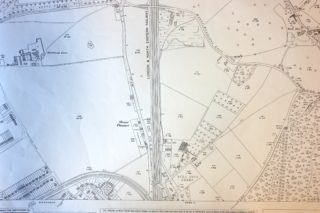 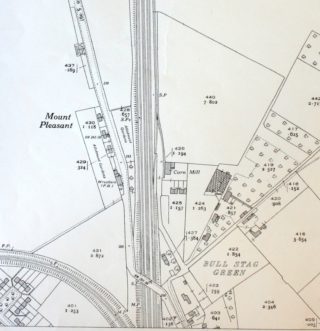 Detail of 1937 OS Map XXXV.3 showing the bridge across the railway, The Wrestler's Public House can be seen
Hertfordshire Archives and Local Studies 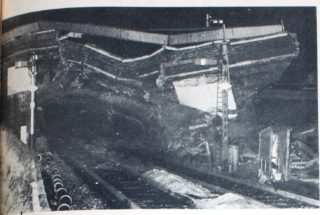 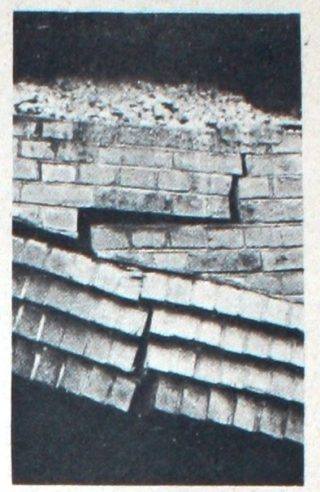 One of the cracks in the brickwork
Welwyn Times and Hatfield Herald, 25 February 1966, psge 43 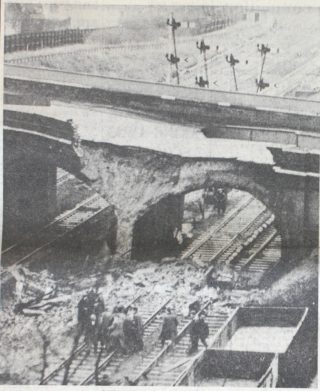 View of the blocked railway line at Hatfield and the collapsed bridge
Hertfordshire Mercury, 25 February 1966, page 1 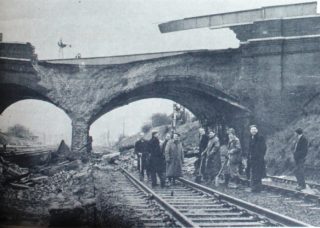 The ten workman that had been working under the bridge when it started to collapse
Welwyn Times and Hatfield Herald, 25 February 1966, page 43

Special Police Sergeant with his personal radio transmitter ready to keep the crowd behind the barriers
Welwyn Times and Hatfield Herald. 25 February 1966, page 43 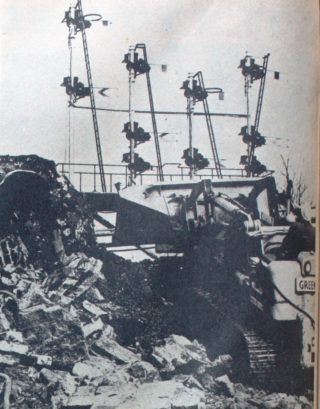 Clearing the rubble from the main line at Hatfield
Welwyn Times and Hatfield Herald, 25 February 1966, page 1 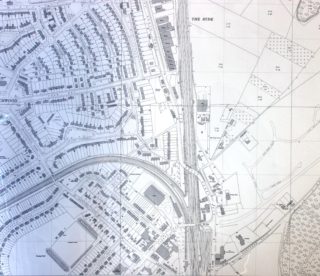 1962 OS Map TL 2309 25 inches to 1 mile. Showing the Birchwood Estate and the Bridge across the railway
Hertfordshire Archives and Loca Studies 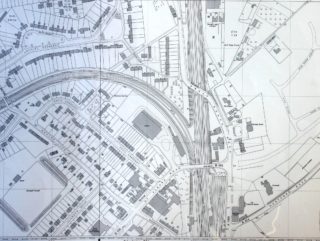 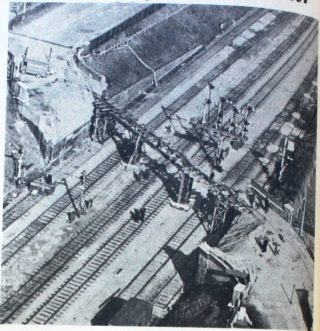 Aerial Photo of the bridge
Appeared in the Welwyn Times and Hatfield Herald 1 April 1966 taken by Fred Halsey, from a tiger moth piloted by Ken Green, motor cycle dealer 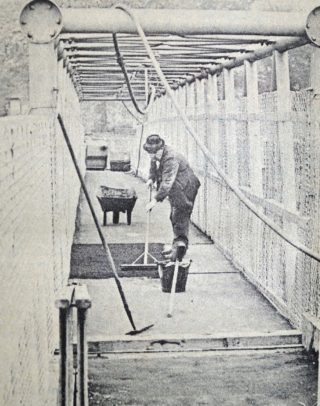 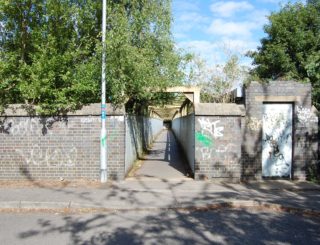 “A motorist driving across Wrestler’s Bridge, Hatfield, did not know that he was dicing with death. For the bridge started cracking almost under his wheels.

He drove on, not knowing that after more than 100 years he was the last across the bridge.

Last across is always a dangerous game”

A quote from the front page of the Welwyn Times and Haftfield Herald, 25 February 1966, page 1.

On Sunday 20 February 1966, Wrestler’s Bridge at Hatfield collapsed on to the main Kings Cross railway line, cutting the Great North Road in two.

“It was in the middle of Sunday morning when a series of sharp reports warned workmen relaying the line under the bridge of impending disaster.

The main support sank into the ground, and parapet masonry began to fall on to the line.

The engineer in charge immediately cleared the line and sent men in both directions to warn trains approaching the bridge.

Detonators were placed on the line to stop main through trains, and Hatfield station master was warned to hold all traffic in the station.”

The occupants on the Birchwwod estate were cut off from the Old Town, the station and the bus station.

Councillor Frank Clayton, who lives on the Birchwood estate said “I shall make every effort to speed up the building of a footbridge as a matter of Priority”.

While the line was out of action some passengers were directed through Hertford North Station, while commuters from Welwyn Garden City were transported by buses to Hatfield station to catch the London trains.

Gangs of workmen worked day and night to clear the line, it was not until Wednesday that trains were running normally.

Mr Archibald Patterson, chief civil engineer to British Rail Board said ” The foundation of the pier failed quite suddenly, and two per cent of the masonary collapsed. We collapsed the rest of the bridge, as the structure was cracked and fissured”.

Mr Patterson also said that the bridge had been inspected during the last six months.

The people of Hatfield were hoping that the collapse of the bridge may spur the authorities into solving the towns traffic problems. The Development Corporation had been planning to demolish Wrestler’s Bridge for several years. The original plan was to wait until the south link road scheme was completed to take the traffic away from the old town and then knock the bridge down and close the road.

On Thursday 3 March 1966 the Ministry of Transport were to hold an inquiry to find out why the 116 year old bridge collapsed.

Experts had divided oponions at the enquiry, which was held at Liverpool Street Station by Col. D. McMullen, chief inspecting officer of railways.

An article published in the Welwyn Times and Hatfield Herald on March 11 1966, reports on the inquiry. Col. McMullen said that he would submit his report to the Minister of Transport, Mrs Barbara Castle, and that it would be published, he then closed the public hearing.

You can see the bridge on the maps of the area, the 1962 map shows how much the Birchwood Estate had grown up.

The bridge that you see in the aerial photo of 1 April 1966 only carries the gas, electricity, water and phone services across the railway line, these were severed when the bridge collapsed.

On 13 May 1966 it was reported that the South Link Road Scheme was started. It was designed to join up the A1, Barnet-by-pass and the A1000, just south of Hatfield.

In the Welywn Times and Hatfield Herald of 28 October 1966 the following article appeared:

British Rail have kept their word to Hatfield’s Birchwood estate to provide a footbridge across the railway by November this year.

The new bridge for pedestrians only will be open on Monday. It is made of tubular steel frame work with a boarded footwalk.

The promise was made after the collapse of Wrestlers Bridge, on the Great North Road, in February, when it was reported that the estates 2000 residents were cut off from the town centre, the bus terminus and the railway station.

So the footbridge was errected, as promised, but the road bridge was never replaced.