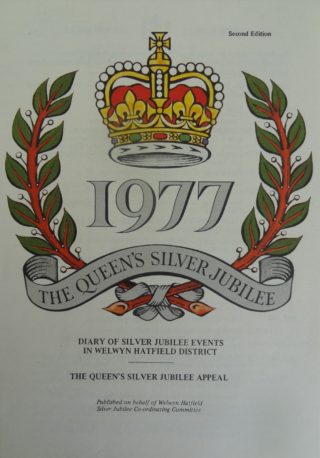 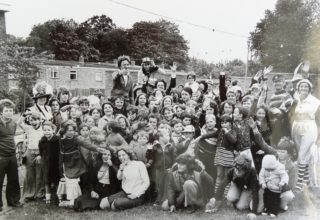 The silver Jubilee celebrated the 25th Anniversary of Queen Elizabeth 2nd’s accession to the throne.

In June 1977 there were official “Jubilee Days” to coincide with the Queen’s official birthday on the 11th June. Hundreds of events were being staged throughout the Welwyn Hatfield District to celebrate the Jubilee. Many of the events were organised as a means of raising money for the “Silver Jubilee Appeal Fund.

Street parties, fetes and fairs were held in Hatfield during the celebrations. A flower show was held at the Old Palace Riding Stables and a steam rally “Silver Steam’77” in Hatfield Park.

Can anyone give names to the people in this photograph? Has anyone got any more photos of street parties held for the Silver Jubilee?