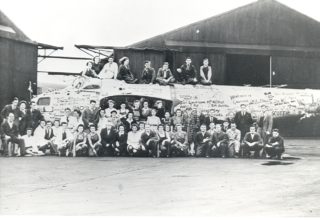 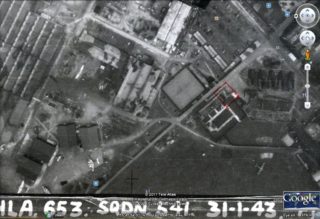 The first photograph was taken at de Havillands sometime in the 1940s. It shows a group of people sitting on and around the fuselage of a Mosquito aircraft in front of the flight hangars that existed until demolition either in the late 1940s or early 1950s.

What was the occasion of the photograph? And who are the people present and what is the identity of the aircraft?

Note: the aircraft might be the Mosquito prototype W4050, but this is just a guess.