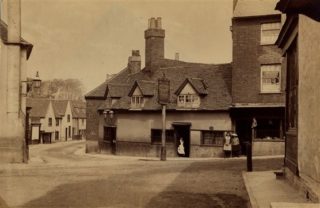 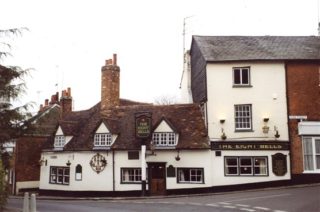 The Eight Bells in 2008
Nick Connell 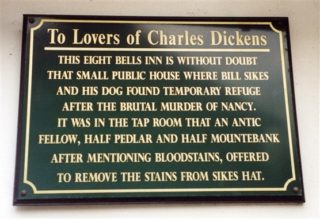 This pretty 17th century building was first recorded as an inn when it was aquired by John Searancke, a brewer of Hatfield in 1728.  In 1756 The Eight Bells was listed with three beds and stabling for four horses.  The licensee at the time was Andrew Harrow, of the same family as Will Harrow, a highwayman who was executed at Hertford in 1763.

It is probably best known for its supposed use by Charles Dickens as the pub visited by Bill Sikes after the murder of Nancy in Oliver Twist.  Dickens visited Hatfield as a newspaper reporter in 1835 after a fire at Hatfield House which killed the Dowager Lady Salisbury.