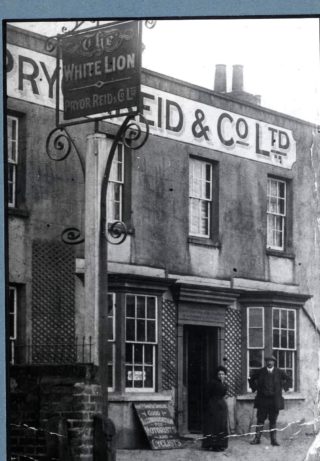 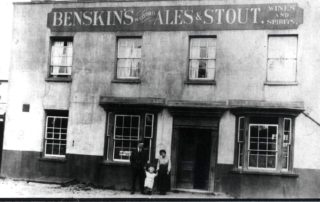 The White Lion in 1925
Hertfordshire Archives and Local Studies 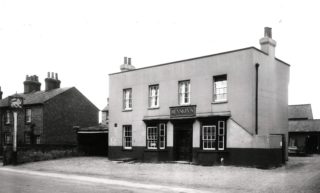 The original White Lion in St Albans Road was built in the middle of the 19th century. Mr and Mrs George Blakeney were the tenants in 1913 when the pub was owned by local brewery Pryor, Reid & Co. The previous tenant was Mrs Wrigley, who moved on to run a sweet shop in Old Hatfield.

In 1935, after the brewery had been taken over by Benskins, the pub was partially demolished and remodelled. in the early 1960s the pub was completely demolished to make way for a shopping precinct and office block, both named after the pub.