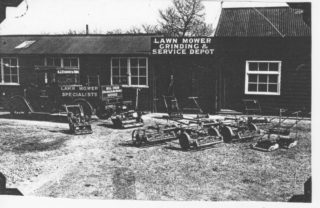 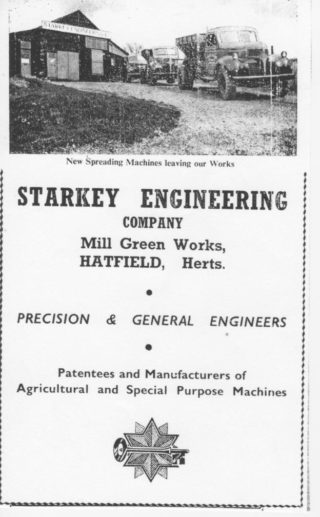 With the recent demolition of the workshops of Starkey Engineering Co. yet another historic site has gone from Hatfield.

It was in 1820 that Joseph Fletcher Starkey from Bengeo started his blacksmith business in a cottage on the bank at Mill Green.

After his death in 1838 his son Thomas carried on the business until 1886 when his son Alfred John continued until 1919.

In the meantime The Laurels was erected by Lord Salisbury in 1889, at a cost of £564.3.3, when the family became too large for the cottage.

The business was known as A.J.Starkey & Sons and was handed down to another Alfred John who died in 1948.

Thereafter it was carried on by his sons Leonard Alfred and David James Starkey. Later they were joined by Leonard’s son Anthony John, and the name became Starkey Engineering Co Ltd.

The family vacated The Laurels in 1968 but the business continued until 1978.