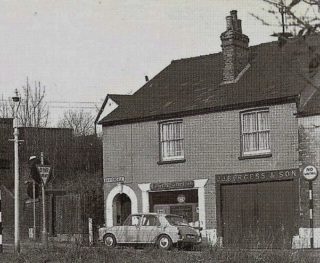 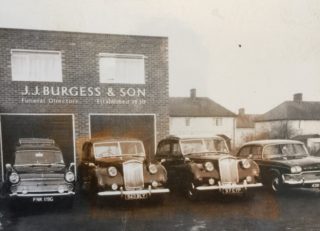 There is a proven history of J.J.Burgess & Sons trading as a business at Pond Hill Batterdale, Hatfield since 1700.

In those days we were Clock Makers, Timber Dealers, general builders and decorators, Beehive Makers and the owners of both the Travellers Rest pub, in Church Street and the Chequers in Lemsford (now the Crooked Chimney), with our ancestors holding both a beer and tea licence, both of which documents were rare and precious to the owners at the time, allowing them to legally trade to the general public and retailers alike in both consumables.

Having always been closely linked to Funeral Directors via supplying them with the timber to make the coffins, having the jigs to make the long case clocks and a cold cellar it is thought that James Jacob Burgess who was somewhat of a Jack of all trades then applied himself to the Funeral Profession and established J.J.Burgess & Son Funeral Directors in Batterdale.

James Jacob successfully traded for many years handing the business to his son James John Burgess who continued to grow all aspects of the business including trading timber in London. The business was handed down again to Alfred Burgess. The eldest son always bore the initials JJB but in the instance James eldest son was not interested in entering the family business but persuaded his somewhat bohemian career as an inventor, amongst the credits to his name are the Bean Slice and the first automatic pump fire engine which he sold to Merryweather for a song was the forerunner of every fire engine as we know it today.

From that point my father who was named John James Burgess christened both of his sons JJ so that a lapse in the JJ at the helm of the family business would be prevented going forward.

Hatfield Old Town as it is now known started its turbulent journey into the future with the New Towns Commission steering a course to the development of a ‘New Town’, J.J.Burgess & Sons feared an uncertain future from 1959 right through to 1969 when due to compulsory purchase the firm was forced to leave its premises which it had both lived in and traded from since 1700 and move to new purpose built premises in The Common, Hatfield which was an extremely emotional time for all involved and in fact John Burgess still found it a difficult experience to visit the site of the original funeral home up until his death.

With branches now in WGC, Knebworth and St. Albans the business continues to develop and now offers its traditional services to a wider clientele. The company purchased another funeral home West Herts Funeral Service in London Colney in May 2014 which now proudly bears the name J.J.Burgess & Sons.

Justin has three children and hope that one of the boys either John Jeremy or James Jacob will come into the business and take the business to the next level, although his daughter Eliza Jane shows the most promise currently, so watch this space for a change in the letterhead.