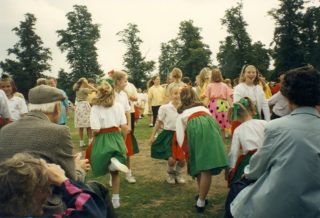 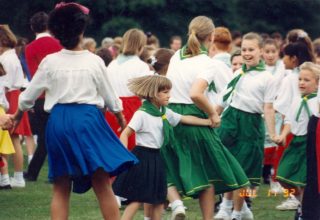 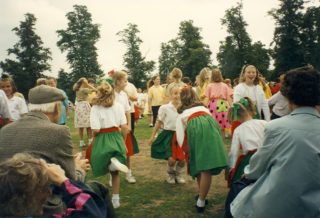 When my children were at Hazel Grove school they took part in the annual Folk Dancing festival held at Hatfield House.  Miss Waters, later Mrs Clarke would line the children up in the school hall on Tuesdays and with the help of some “willing parents” they all learned to Dosie Doh and swing their partners.

The event was held on a Saturday and was usually in July.  Music played, and apart from some set pieces everyone could dance to their hearts content.  Picnics were eaten and it was a lovely family day.  Some times it was very hot and other times it poured rain.  Even hailstones did not dampen the enthusiasm.

Even now , many years later I can still sing along to “I want to be near you”.

Many thanks Mrs Clarke