This Post is submitted on behalf of Lorna Noble, and with her permission, by Chris Hepden, HS 1957-64. If anyone wishes to contact Lorna from the 1953 intake, or to request higher-res copies of any of the photos below,please email me via [admin@ourhatfield.org.uk] , and they will pass me your message, which I’ll then forward to Lorna who I am sure would, in turn, be pleased to hear from you.

In September 1953, Lorna Barford was one of some 120 eleven year olds who were the first intake to a new secondary school, known formally as Hatfield Secondary Technical School – soon to be known as simply Hatfield School. They didn’t realise then how different their lives would soon become, but being young and bright, they took advantage of whatever opportunities their new school offered. These are some of the recollections of Lorna – the first pupil in the new Admissions Register. 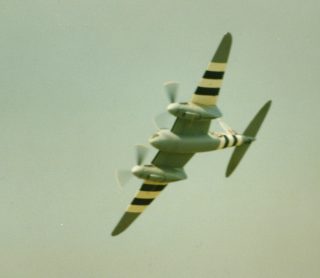 My memories are very much interwoven with those of my father who worked at De Havilland’s all through the war and for a long time after. During the war he worked on the prototype Mosquito, was part of the labour force that built them and also repaired damaged Spitfires. After the war he worked on the prototype Comet. We lived three miles from the end of the De Havilland’s runway so it is possible to imagine the childish memories I have of bombs dropping. (Do watch the film Double Cross,1966 about Eddie Chapman.) It mentions De Havilland’s being painted as though it had been bombed ! Later, I can remember being taken to Salisbury Hall to see the original Mosquito plane my father helped build. 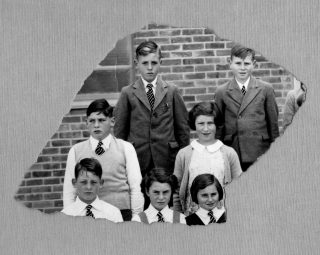 I came from Fleetville School in St Albans, together with Jennifer (?Jean) Sparling and Sheila Ling. I was the first registered pupil of the school, Number 1! My name then was Lorna Barford and I am standing in the middle row with Keith Berry on my left.

We were the year 1953 that started the school and we had roughly ten girls and twenty boys in each class. Our form master was Mr Pidcock who taught us German along with German army marching and drinking songs ! Does anyone remember these? Mr Ashcroft (boys may remember the Ashcroft twist!) and Mr Hurd were the other form masters. I have forgotten the name of the fourth. We had the school to ourselves for the first year.
It was great.I found the photo below of Mr Hurd. Perhaps there is someone still around who was in his class? 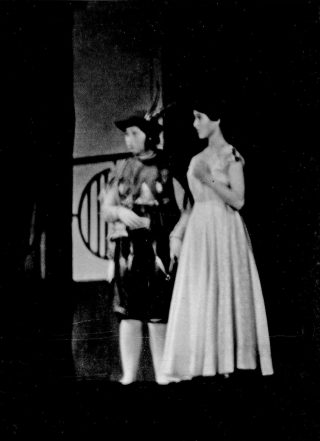 When we were thirteen we performed ‘Papagano’, a simplified version of The Magic Flute arranged by Professor E J Dent. A very ambitious attempt! I performed one performance (photo attached) and Duncan Clark performed three. Sorry, I do not remember the name of the girl who played Papagana. We really had fun rehearsing and other form members did the stage designing and lighting. I take my hat off to our teachers who produced it. They must have had the patience of saints! Does anyone remember seeing this?

In 1956 I joined the first school trip to Germany. We went youth hostelling along the river Rhine. Out first stop was in a youth hostel in Liege – Belgium. The one and only time in my life that I slept on a straw mattress! This trip started my lifelong love of travel . Mr Hurd was my history and geography teacher at that time. He inspired my much love of history and my desire to visit as many countries as possible. One soon learns that these two subjects overlap. Each one feeds off the other. 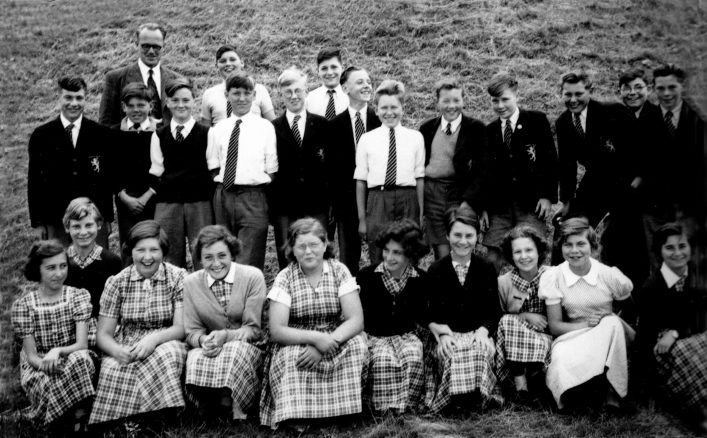 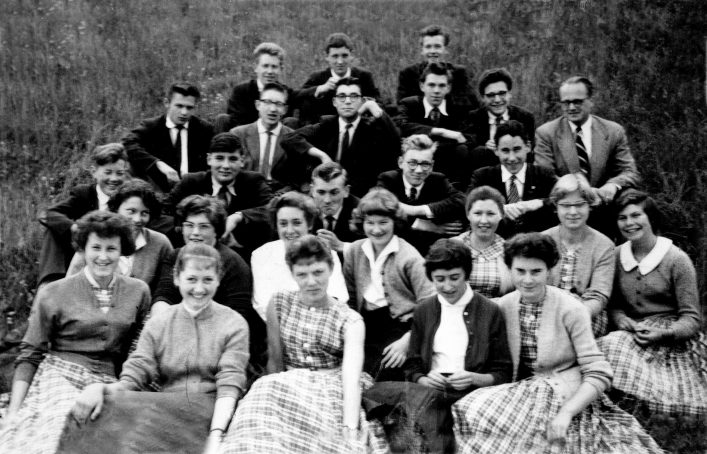 I sadly left Hatfield School in December 1958. However, I had an interesting career in the Foreign Commonwealth Office and later working for the Times newspaper. Later I specialised in the commercial side of the Fine Art business, leading to having my own advertising agency for art galleries, artists, art and antique fairs both in London and New York.

The photo below was taken when we had our first ever reunion in 2003 – I’m in the bottom row fourth from the left. It was really wonderful catching up with everyone. I recognised most of the girls, but boys change so much when they become men! 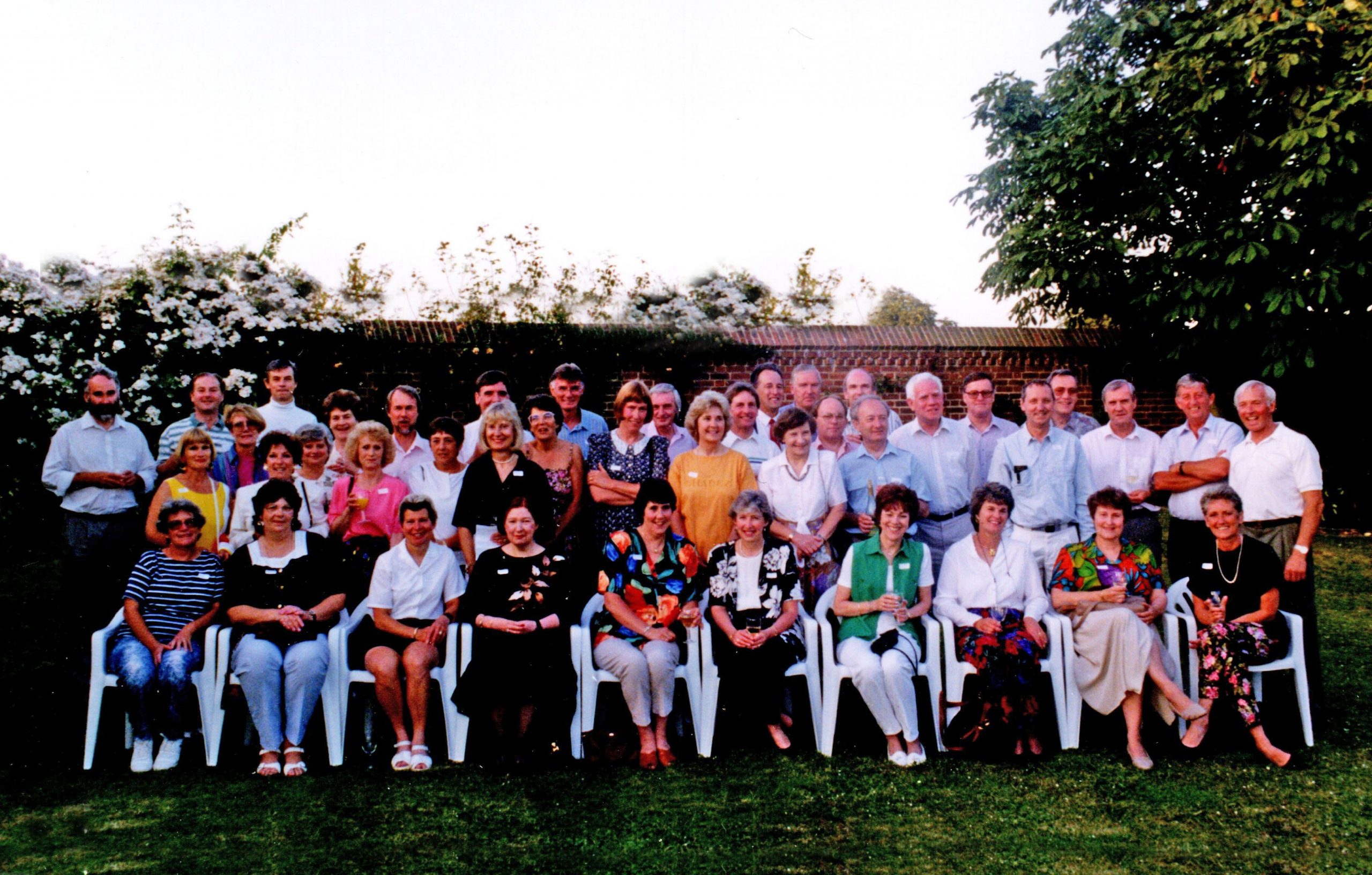 Does anyone else remember this get together in Tony Ricci’s garden? We had another reunion ten years later in a Hatfield Hotel organised by Ray Dunne. It would be really great to arrange another reunion. You never know !

At the 2013 reunion I met up with Keith Berry again, sixty years after the first photo. He informed me that he lived most of his working life near Seattle, having gone over to work for Boeing. As I went to the USA a lot, he and his wife invited me for a visit. Naturally I was delighted to accept and they gave me a wonderful time in Washington State. Unfortunately Keith is no longer with us. I mention him, because he stood next to me in the first photo and I believe he played Sarostro in Papagano.

Personally, I loved my years at Hatfield School. They were very inspirational for the rest of my life. One teacher (unfortunately I have forgotten his name) said to me that one of the secrets of life is to find out what you like doing most and then get someone else to pay you to do it! I was lucky enough to be able to do this for forty years. I really consider myself very fortunate that I went to such a school – being given the lifelong gift which is the love of learning.

With all good wishes to anyone who happens to read my memories.

Lorna and other HS friends have identified several pieces of historical record which explain some of the links between De Havillands and the creation and subsequent development of Hatfield School.

From the University of Hertfordshire website:
1941: Hertfordshire County Council enters into partnership with the de Havilland Aircraft Company to train fifteen- and sixteen-year-old aircraft apprentices.
1944 Alan S. Butler offers to donate ninety acres of land at Roe Green, on condition it be used for further educational purposes. The offer is accepted by Hertfordshire County Council in May.
Hertfordshire County Council responds to the 1944 Education Act requirement to restructure secondary education with a comprehensive plan for technical and further education within the county. l
1946 The New Towns Act, designed to meet the housing needs of a bomb-damaged London, poor-quality national housing stock and a growing population, sees an extensive building programme within Hertfordshire including the New Towns of Hatfield, Hemel Hempstead, Stevenage and Welwyn Garden City.
The Deed of Gift and Conveyance resulting from Alan S. Butler’s offer is signed: ‘the County Council shall and will establish and maintain on the land hereby conveyed a college for the provision of further education (with special regard to education of a technical type) and with such provision (if any) for secondary education (of such a type as aforesaid) as the County Council may deem necessary or desirable’.
1952 Hatfield Technical College opens. 22 members of staff are appointed prior to the start of the first academic year. The College offers HNCs – mainly in engineering but also in business, management, science, mathematics and various technical courses.

Hatfield Technical College , or Hatfield Tech. as we knew it, opened in 1952 to supply the de Havilland Aircraft Company with highly qualified engineers and technicians along with skilled tradesmen of all kinds.

1953 Hatfield School opens on the campus. The architects’ plan (December 1946) names the school as Hatfield Day Technical School, but it is always called Hatfield School.

From Allan F Richardson, HS 1955-62, whose family also had a long connection with DeHavillands:

I do recall there was a close connection between the Technical College and DHs, as this item on the “Our Hatfield” website emphasises:
So the choice of Hatfield for one of the new technical colleges in the early 50s seems to have flowed from aviation and DHs. The School followed and was certainly seen as a feeder to the college. But though some [pupils] went that route, the School set about sending its own students on to universities far and wide. And DHs were by no means the only local employers in the market for O and A level leavers from HS.
It’s ironic when you think about it, that while the Tech College may have started as an accessory to DH, it outgrew and outlived it, and now, as the University of Hertfordshire occupies a good portion of the former airfield site.

Extract from ‘Gwen and Hatfield School’ – a script collated in 2017 by several old HS pupils to explain at her funeral to colleagues of Gwen Rees – by then Gwen Hitchcock – something about the school which she had told all was a very happy time in her life.

Hatfield was one of a new type of selective entry secondary school established from the early 1950s, a under provisions within the 1944 Butler Education Act. They were known as Technical Schools, adding a wider range of science and technical subjects and more modern languages, to most of the traditional subjects taught in Grammar Schools.