Hatfield School Panoramic photos and lists of Pupils and Staff. 1953-1978

This may be of interest to any other old pupils who are seeking to recover or reinforce old memories, before it's too late. 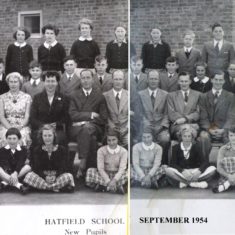 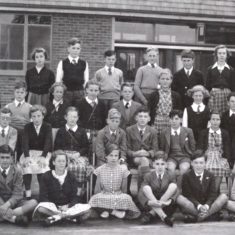 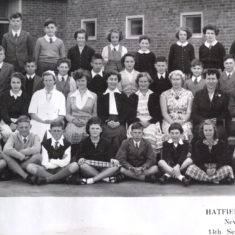 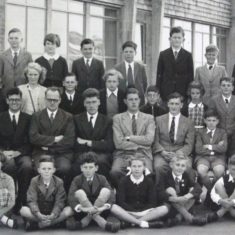 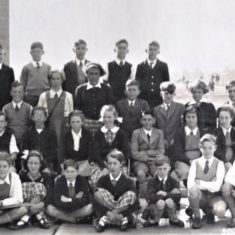 I have hard-copy original photos of the panoramic New Entry photos, and some Sixth Forms for 1953 to 1970, and one of the whole school in May. 1966 – see the list below – and have made photographed copies, each panorama copied as multiple overlapping prints, each a .jpg file about 1.5Mb.I’d be pleased to send copies to any past pupils – preferably via Dropbox or a similar service, as the cumulative file sizes are not trivial.

Another request has recently arrived – for the September 1972 New Entries photo. Please does anyone have that photo which they could copy at fairly hi-res, or which I could borrow, copy, and safely return ?

Please email me via [admin@ourhatfield.org.uk] and they will pass me your message. When you write, say whether you would like a non-annotated copy of your year’s photo, or whether you’d like one with some name-matching partly done. Some years’ teams have a significant number of the faces already matched, but you may prefer to start afresh – at least to begin with….?

The images for a single year – New Pupils, 14th September 1954 – are shown here as an example.

Click on Photo to enlarge, then moving cursor on image will magnify.

I also have the following information:

A complete copy of the Pupil Registration records from the beginning in September 1953 to July 1966. To maintain individuals’ privacy even at this distant date, I would not wish to publish the lists in toto, but would be willing to handle emailed requests from individuals.

Bound copies of the school magazines from July 1954 to July 1967, which I’d also be glad to use to help any individual searches. Scanning them in entirety would take ages, but specific searches and a limited scan or photo would be quicker.

A (currently non-electronic) list of all the Staff from 1953 to 1967. I may try to submit it to these webpages in a future contribution, to possibly jog a few memories. With a bit of collaborative help, it would be relatively easy, though not quick, to relate the Staff list to some of the New Intake photos.