Exercise your memory – and recollect for a while. Do you have a copy of your year’s New Entries panoramic photo ? Don’t pretend you wouldn’t do it: we’ve all tried the irresistable test of trying to remember names for the people standing, sitting, or kneeling near you in the photo ?

Are you still in touch with any fellow pupils from some 50++ years ago ?

A few of my HS contacts and I have already started the game, with varying levels of intensity and completeness, so if you’d like to join in or start trying, or just want a copy of your year’s photo, please mail me directly, or via admin@ourhatfield.org.uk    and I can transfer you files of:

Your year’s New Intake photo – check the lists in the ‘Panoramic Photos’ Post to make sure I’ve got your year, they’re all available up to 1970, and some later ones too – see example photos below. There are also several 6th Form photos available.

A list of names, from the Admissions Registers – they’re available up to 1966 – also see an example below.
Further down the page there’s also an example of what can be achieved with a little determination – the 1966 team are still working to get the remaining faces and names matched.

The matching processes continue, so I’ll tell you details of what’s available when you write. This page was last updated on 23/11/21.

From the list below you can see if anyone is already working on your year’s photo and names. If you want to contact anyone mentioned below, email me with your Entry year, directly or via [admin@ourhatfield.org.uk]  , and they will pass me your message, which I’ll then forward to the person you ask to contact.

Since 20/8/21, an additional Post has been added to the OH website – Hatfield School 6th Form Photos – containing many of the available 6th form photos in full panoramic format, with zoom, and a (usually only partly matched) list of names in the upper and lower margins. If you can help add more matched names, please email me.

We update the matched names shown on the new Post as soon as the info is provided. 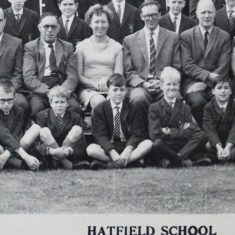 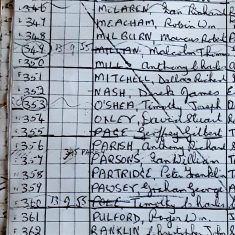 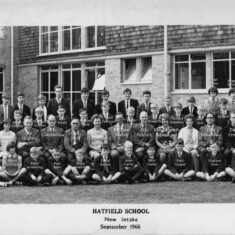