Alan’s adventure was a classic result of the implicit encouragement we were given at Hatfield School, to use initiative and try whatever we thought possible; this Post is submitted on Allan’s behalf and with his permission, by Chris Hepden, HS 1957-64. If anyone wishes to contact Allan, search for his own website under allanrichardson , or email me via admin@ourhatfield.org.uk  and I’ll forward your messages.


In 1961, while in the Lower 6th at Hatfield School, I found an unusual way of getting some Russian language practice. A school visit to Germany in 1959 had kindled an enthusiasm for languages reinforced by the excellent teaching of Mr Pidcock, Mr Gregory, Miss Gardner and others.

Having opted to do A level Russian and German, the question was how to get the same boost in Russian that the school trip to Bielefeld had given me in German. It was in the depths of the Cold War and school exchanges were non-existent.

Then the Herts Advertiser reported that a St. Albans based company, Marconi Instruments, were to exhibit at a British trade fair in Moscow. “Wonder if they need an interpreter, with my O level Russian” was half a joke, but I wrote to the company offering my services free in return for a three-week trip to Moscow. Amazingly they didn’t turn it down but offered to give me a try and eventually took me on. I had to spend several weeks of the school holidays learning about very specialised electronic equipment and discovering the Russian vocabulary that went with it. Teachers were very supportive and the School gladly gave me the time off during the summer term. 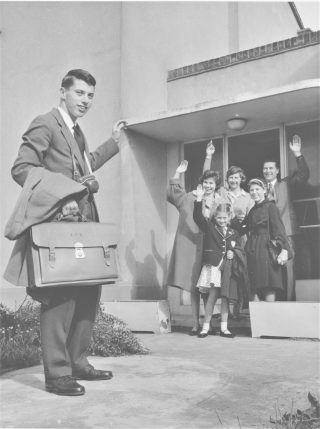 Setting Off for Moscow

The trip was picked up by the press, and I learned that what you see in the media is not necessarily how it was. They staged a photo of me waving goodbye to the family in St. Albans, though as I recall we then got into Dad’s car and they came to Heathrow to see me off. The reality behind the line “the sixth-former hopes to meet spaceman Gagarin”, was that the reporter had asked “which famous Russians would you like to meet – Yuri Gagarin?” This had never crossed my mind and I said something like “that would be interesting…”
So it was that in May 1961, along with many well-fed British businessmen, a 16 year-old Hatfield School pupil took off for Moscow (on a De Havilland Comet of course). 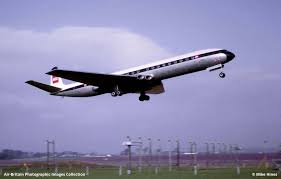 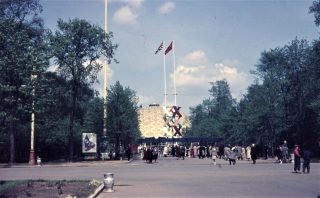 Interpreting at the Trade Fair was a grown up job of work. It was a big exhibition with thousands of visitors, and I found myself answering all sorts of questions from curious Muscovites, as well as explaining technical details to the few who were really interested in our electronic equipment. 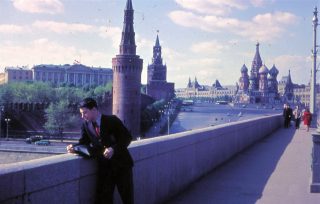 In the centre of Moscow

Nevertheless I had enough free time for sightseeing,and became quite familiar with the Moscow metro and its opulent stations. A small heatwave, the first warm weather after the long Moscow winter, had brought people out to throng the parks and gardens. Children in kindergarten groups, old people, and young Muscovites too, all smiles and bustle.

We have to remind ourselves that the slight “thaw” in international relations took place against a very icy Cold War background. The Soviet Union was the enemy, and there was a popular perception that the Russians wanted to destroy us. Sure, in Moscow I saw the drab housing and the political placards everywhere. 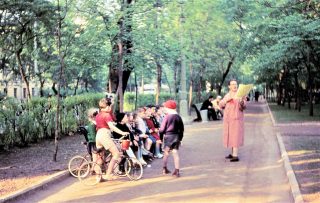 Kindergarten in the park

But the folk I met were not the dour, hostile people we might have been led to expect. They seemed good-humoured, open and extremely friendly. They were very keen to talk about life, literature, art and music. They were also hopelessly curious about us and the west – always the same questions: how much does a British worker earn, do you have a television, how much does a car cost, how long is the waiting list, etc 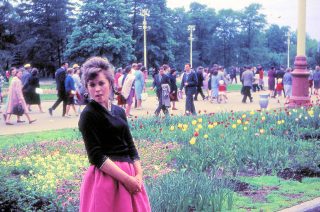 The Trade Fair ran its course and soon enough I was back at school. Needless to say I did not meet Yuri Gagarin, or anyone famous. It had been an unforgettable experience, and the language had indeed come alive as I got down to A levels and the works of Pushkin, Tolstoy and Chekhov, under the expert guidance of Bill Pidcock. Despite being labelled a technical school, Hatfield School had inspirational teachers in languages and the arts who helped us all to realise our potential. 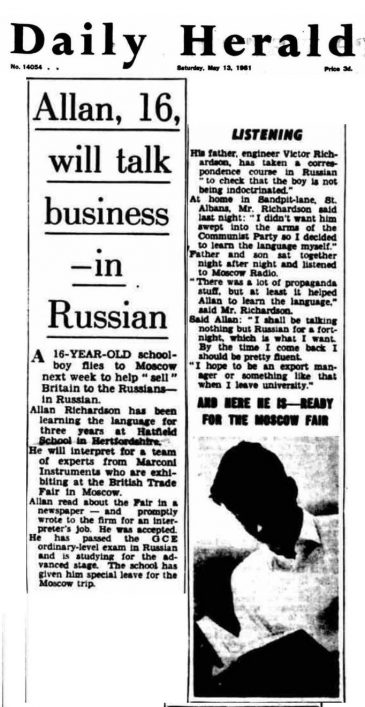 This article from the front page of the Daily Herald on 13/5/1961 was tracked down by Lorna Bain (now Lorna Joy).

Ha ha; Dad did start learning Russian and we did listen to Moscow Radio at odd times, but the “night after night father and son sat listening to Moscow Radio” bit is a product of the reporter’s imagination.

We are searching for further newspaper archive or other material about Allan’s adventure, with the aim of including it in this article. 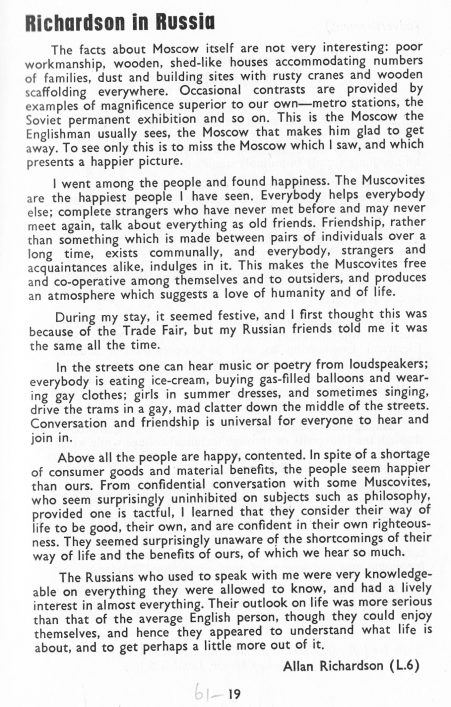 This scanned version of Allan’s contemporary account of his Moscow visit, published in the Hatfield School Magazine later in 1961, shows his youthful starry-eyed enthusiasm. 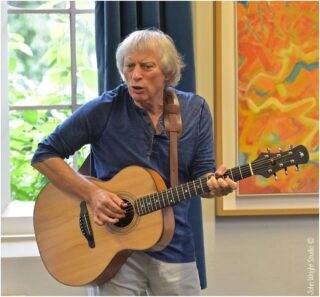 Allan’s more recent activities, as a writer and performer of songs, are introduced in

a recent Post: Allan – Troubadour from Hatfield. He’s been writing and singing since the early 1960s.