You are here: Home>Topics>Schools & Education>Schools of the Recent Past>Hatfield School>An old boy remembers Hatfield School in the 1960s - Dave Mobbs 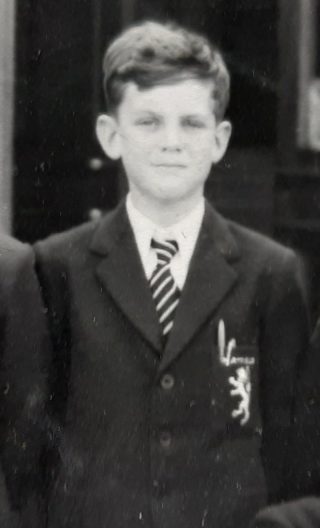 I started at HS in September 1959 in Form 1B with Miss Rees in charge. I’d always wanted to go there rather than stay in St.Albans, where I lived. The reason was that I was friends with Tim Dumpleton, who lived a few doors away from me and was already at the school, albeit a couple of years ahead of me. He convinced me what a good choice it would be and he was right. 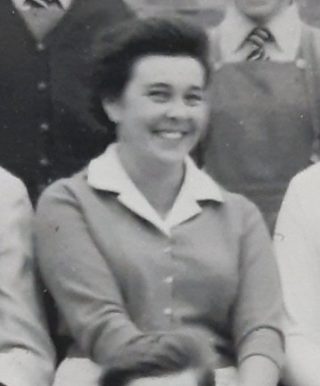 Miss Rees was a good teacher to start with at “big school”. She never seemed to get annoyed with anyone and was frequently seen smiling . Silly as it seems, whenever I see or hear Ruth Madoc in her “Hi De Hi” role, it reminds me of Miss Rees even 60 years later.

A memorable moment: On 13 September 1962 we were in the 1st floor Art room, which looked out over the airfield. I saw a brief flash in the sky then a huge pall of black smoke where an aircraft had crashed. The pilot had ejected and ended up in the greenhouses. It wasn’t the only accident either. I can’t remember the date now, but on the way home on the bus, we saw the tail of an aircraft that had run off the end of the runway, sticking up out of those greenhouses. Sadly, the airfield’s long gone but the greenhouses survive as Notcutts Garden Centre.
There were plenty of school buses from St.A, but usually almost full by Sandridge Road, so we used to get an earlier 341, get off at Ellenbrook Lane and walk up the by-pass. You couldn’t do that today. Another advantage was that by arriving at school early, you had time to check your homework with your fellows ! Going home was the same – rather than a crush on the school buses, we could get a later 341 that started in Hatfield and dropped us off almost at our door. It was also more fun because it conveyed young ladies from Hatfield Girls Grammar – during my last year, Dave Woods and I usually had a seat reserved for us upstairs

Some of you may remember another of my fellow travellers on the 341 – Steve Barker. His mother ran the Fishmongers/ Chip Shop just down the road from us and he would help out on their market stall in town on Saturdays. He helped me to learn to play the guitar.
Incidentally, the bus pass was useful at weekends when the school’s swimming pool was available via the PTA. I loved swimming and used it a lot during the summer months.
As for teachers, I don’t recall disliking any of them particularly, although Mr.Smeeton’s use of a steel rule or a file to stop you fidgeting in Metalwork would probably get him in Court these days. 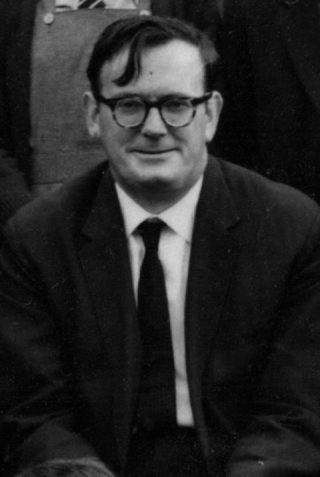 I liked the self-styled “nice, kind Mr.Mills” (Victor ), our Form Teacher in 5A. My pal David Ireland & I had an interest in the American Civil War & he christened us ‘those darned Johnny Rebs’. IIRC David eventually became a Headmaster himself.

A tale from my final year at HS. I never had school dinners, usually taking sandwiches ; it gave you extra time to mess about. It can now be revealed that in 1964 at lunchtime, my friends Leo, Chris & I started visiting the transport café on the by-pass, just beyond the school fields at the south end. It seems odd now but we got to sit with the lorry drivers & the Hatfield bin men. I actually think it stood me in good stead when I went to work in the real world – a little less naïve perhaps. Anyway, it was really out-of-bounds so we shouldn’t have gone there, off school property. One day a driver came in & said there were some fellas in blue blazers from our lot coming down the road. Prefects on the prowl ! The nice old lady who ran the place & knew us well, told us to just go and wait by the bedrooms until they’d had a nosey in the door & gone, which is what happened. Good fun !!

Talking of Prefects, in five years I only ran foul of them once. One of them objected to me climbing a tree. My punishment was to write a two page essay on Zen Buddhism !! I managed to find enough in the school library to fill one page, then thought I’d try it on and wrote exactly the same on side two. I handed it over and he read a few lines, glanced at the back then ripped it up, saying ‘don’t let me catch you again’. I think nowadays, we’d call that a score draw !

After I did my GCE O Levels in Summer 1964, I needed at least one more for the job I’d been offered by London Transport. I didn’t want to go into 6Th Form, so 5E was created. The idea was that you went to the appropriate lessons with the new 5A & the rest of the time was self-study in the Library. However, it didn’t quite go to plan. I was in a Chemistry lesson with Mr.Hughes when an experiment he was demonstrating went wrong & he set fire to the bench. I started laughing so he chucked me out, never to return. 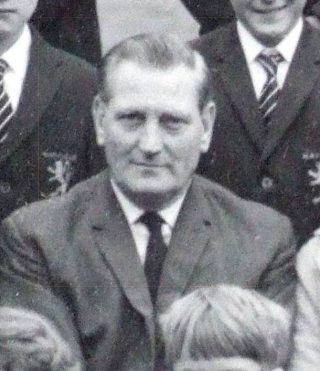 As it happens, I still passed with a grade 3, so never mind – I passed History too. 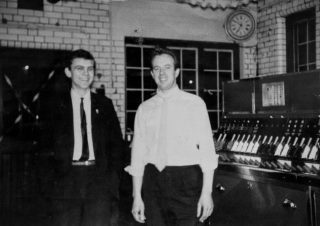 I left school in November 1964, spent 6 years on the railway then 43 in Air Traffic Control, retiring as a Manager at Prestwick, Scotland where I live today.

I didn’t appreciate it at the time I suppose but the education I got at HS was excellent and helped enormously in later years at work. Thank you ladies & gentlemen.

I should also thank Chris for setting up the web page / archives etc. I’ve told him that I like Terry Pratchett’s comment : “Do you not know that a man is not dead while his name is still spoken?” I think that sums up what we’re doing here quite nicely.

If anyone wants to get in touch, please send an email via [admin@ourhatfield.org.uk] and they will pass me your message, or you can find me on Facebook.

This post was submitted on Dave’s behalf and with his approval, by Chris Hepden, HS1957-64.