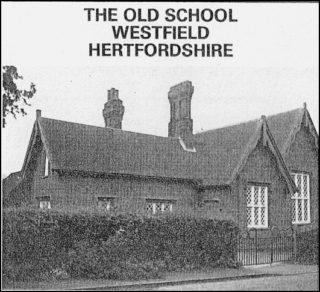 A Brief History of the School

A log book was kept from 1863-1868 by the school as a daily record of events. An interesting part of the log book is the comments, which are under the heading ‘remarks’.  These ‘remarks’ cover a wide range of comments. Some examples are: children not making it to school due to the weather, how well different classes were doing in certain subjects, inspector visits, absences, children copying other children’s work, caning and many more comments.

Working on the log book has been very interesting and the decision was made to transcribe the ‘remarks’ section.  This has been done from the first comment made in 1863 to the end of 1865. This can be accessed at the end of this article.  The log book is kept at Hertfordshire Archives in Hertford.