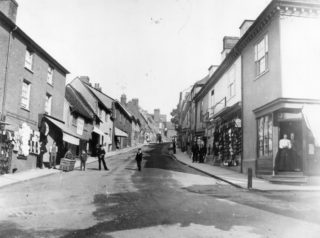 From 1844, the Rev. Thomas Ray (nonconformist minister) ran a boarding school in Fore Street for 17 boys. By the time of the 1851 Census, numbers had increased to 18, including Thomas Ray’s nephew David Evans. Pupils’ ages ranged from 5 to 15 years old. The school boasted a French Tutor. By 1854, the boarding and classical school was being run by Thomas Ray’s brother-in-law, the Rev. Daniel Evans.

In the mid-19th century, Rawley’s House was the home of the butcher William Horsey, whose daughters and granddaughters retained the tenancy for a century, until the death of the last Miss Horsey in 1961. Around 1871, the Misses Horsey ran a small private school there.