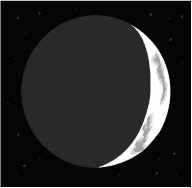 The following articles appeared in the Parish Magazine for Bishop’s Hatfield and Essendon. The Night School opened in October 1888 and was located at Westfield, by Howlands and not far from the Beehive public house.

We opened this School in October. The attendance has been better than it was last year. School has been held on Monday. Tuesday, and Thursday in each week, unless a Holy Day occurred on any of those days. The Schoolmistress, Miss Williams, has been helped on the Mondays by Mr Kendall; on Tuesdays by Mr. Edwards; on Thursdays by Mrs. Kendall. Two sets of books for reading were given by Mr. Kendall and Mr. Edwards.

As the necessary expenses of carrying on a Night School, viz, Gratuity to the School Mistress, Fire and Lighting, cannot be charged to the ordinary School account, it is hoped that subscriptions will be offered towards these expenses, for which the weekly fee of 2d. from each boy who attended, is quite insufficient. An account will be rendered in the May number of the Parish Magazine, of the amount of the Fees and of the subscriptions received. Subscriptions may be sent to Mr. Kendall or to the Rev. E. J. Edwards.

A Lending Library has been started by Miss Kendall, to which several friends have given books. Miss Kendall will be very glad to receive contributions, either of books or money, towards the Library.

On Wednesday, the 11th, those attending the Night School at Westfield were entertained at the School, by Miss Franks. After tea, several good hearty games were enjoyed by the scholars, who amused themselves till 9 o’clock, assisted by Mr. Tarran and Rev. J. A. Forrest. We wish that more young men and boys would devote an hour or two on Mondays, Tuesdays, and Thursdays, to learning new things and rubbing up their school knowledge. We can only say that there is really good work being done by the present scholars.