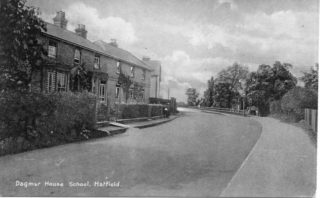 Dagmar House with Alexandra House just visible to its north. Bull Stag Green is on the right, with The Wrestlers Bridge in the distance.
Uploaded by Miriam Gaskin 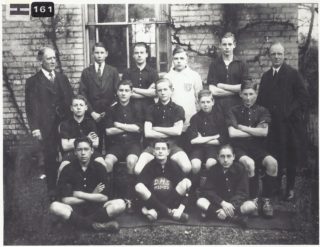 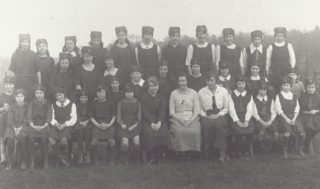 In 1861, John Dare, a school-master from Bridgewater, Somerset, set up a young gentleman’s boarding school in adjoining houses Nos. 5 and 6 Spring Villas in French Horn Lane. In the 1870s, the school transferred to a site just south of the Wrestlers Bridge in the Great North Road. It became Dagmar House School. Around 1888, the school was taken over by John Raymond Sheehan-Dare, the adopted son of John Dare.

Around 1882, Sheehan-Dare’s wife Caroline started her own school for young ladies at Walden House (now Morton House) in Fore Street. Sometime after 1901, this school became Alexandra House School in the building next door to Dagmar House. The two schools were collectively known as Hatfield Collegiate Schools. Each bedroom had its own fireplace and ventilator and, in cold weather, the heating was furnished by hot-water pipes. Both schools had their own separate isolation wards. Pupils were mostly boarders, the day pupils being very few in number. School milk was produced by the school’s own cows.

John Raymond Sheehan-Dare was principal of both schools until around 1922-3 when he sold them to Messrs. T. W. Hearle and J. C. Prentice. At that time, the schools contained ninety boys and fifty girls of all ages. The schools closed in 1934. Alexandra House, with Miss Mary Thomas as principal, moved to Newtown House School, 66 St. Albans Road.

The school buildings by the Wrestlers Bridge were demolished in 1963 to make way for office blocks.

St. Etheldreda’s Church has a large memorial to twenty one men, former pupils of Dagmar House, who fell during World War I.

NOTE: After writing the above, I came across a long article written by the late Frank Cox in 2011. Rather than try and merge the two, I have added Frank’s version in its entirety as a Comment below. It looks like we referred to the same sources (e.g. Hatfield and its People, recently republished by Hatfield Local History Society).