What did the Vice-Chancellor leave behind? 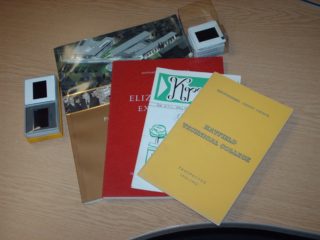 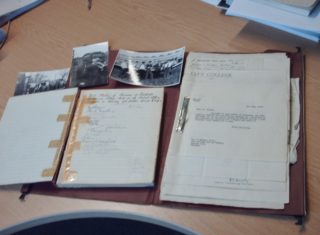 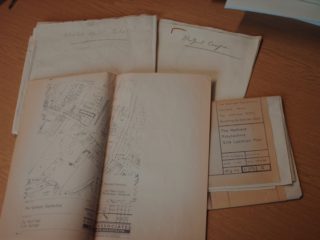 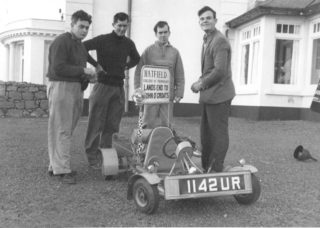 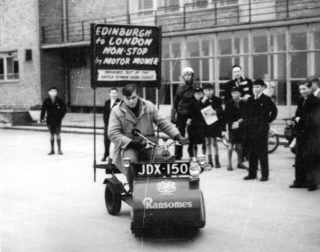 The first thing I noticed was the vast amount of slides. Holding them up to the light I could see that they were pictures of various different buildings and rooms of the modern day campus on College Lane. Alongside these slides were two video tapes. The first was labelled: ‘De Havilland College Tape Slide Video 1987 and 1988’. The second, also labelled, was: ‘The Hatfield Polytechnic: A Video Profile’.

It was interesting to find that there was a copy of a booklet, ‘An Elizabethan Exhibition’, that was about an event that was held at Hatfield Technical College on the 15th June to the 4th July 1953. The cost of the booklet to accompany the exhibition was priced on the front at two shillings and sixpence. There was also a copy of a prospectus for Hatfield Technical College, dated 1952-1953. A copy of the Technical College Rag Magazine from 1961 was hidden away in the box as well. A more recent publication was: ‘Past, Present and Future Annual Review 2001-2002 from the University of Hertfordshire’.

Digging a little deeper into the box, I came across a folder of correspondence for the opening of the College in 1952. These were from a variety of people accepting the invitation to come to the opening of the College, or sending their apologies for not being able to make it. Another surprise was to find the Hatfield Technical College Governing Body Attendance book. The attendance book started with an entry of the first meeting of the Governors of Hatfield Technical College held at the Council Offices, Hatfield, on Tuesday 9th October 1951 at 4:15pm. The last entry in the book was for a meeting held on 28th November 1968.

There were many photographs in the box and two that stood out were before and after photographs of a group of students seeing how many of them could get into a telephone box! This must have been a charity event and if anyone has any information about this event, I would love to know more.

Another photograph I discovered was a group from the Hatfield College of Technology taking part in a trip from Lands End to John O’Groats on a very peculiar choice of vehicle, as you can see from the photograph. If anyone has more information about this event please leave a comment (see link below), as finding out more about it would be of great interest to me.

A similar photograph showed a group of Hatfield Technical College students taking part in an endurance test from Edinburgh to London non-stop, by another interesting choice of transport, a motor mower! This would also be a great story to hear more about.

(Information gathered with thanks to the University of Hertfordshire History department)