Adapted from "The Ryde Remembered" by G. Philip Marris 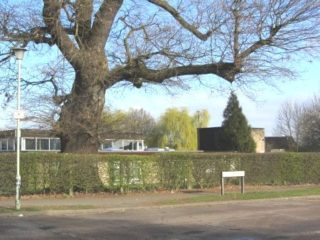 In 1972, The Ryde School opened in Pleasant Rise under the headship of Mr Eric Baldwin. It was built so that the many young children living on the recently built Ryde Estate could get to school without crossing busy roads.

When it opened, the school started with a single intake of infants and first year juniors. This top (and only) class thus remained the top class of the school for three years. The first pupils had to represent the school for sports whether they wanted to or not, as there were so few of them!

The school was extended in 1974/5. The original school building had comprised a central hall, staff rooms and class areas for just three or four years. The extension involved the addition of rooms along the south side of the building to allow the school to become a ‘one form entry’ JMI (Junior Mixed Infants) school with sufficient classes to take the children from initial entry through all the years prior to the start of their secondary education. The school extension also included a corner area for the education of ‘special needs’ children.

The school became a focus for the estate., with a flourishing Parent Teacher Association (PTA). When the school was threatened with closure in the 1980s on account of its small size, the PTA fought strongly and was successful in keeping it open.

In 1983, on the night that Sherriff’s Mill (in Bull Stag Green) burned down, the police insisted that people living nearby must evacuate their houses. The school hall provided a pleasant alternative to cells offered at the local Police Station.

The school today continues to flourish.