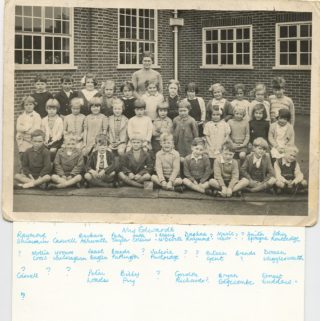 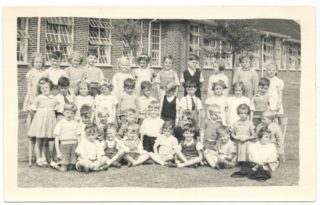 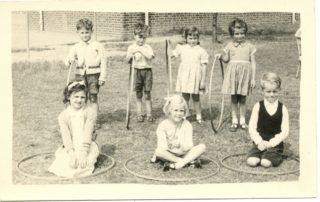 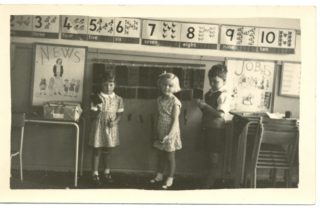 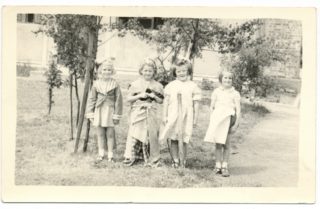 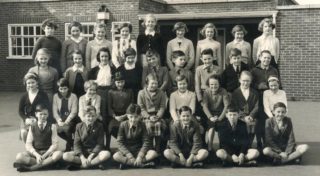 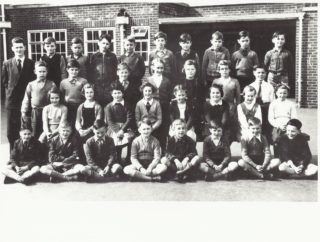 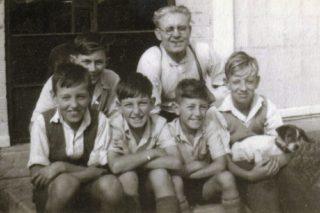 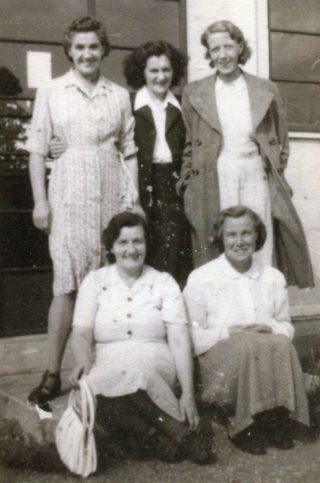 Green Lanes School was opened in 1940, the headmaster being Mr.V. W. Brown. It took pupils from the Garden Village, the Birchwood area, Wellfield Road and some from Ellenbrook, whose parents worked both at the de Havilland Aircraft Co. and the Box Factory.

Photo 2: Included are John Gaskin, myself in the back row, Peter Nicholls (looking down in second row) and Jackie Clayton (front row)

The kitchen staff included Mrs Bradshaw and Mrs. Kedge – both of whose daughters were pupils at the school.

Photo 7: Can you identify anyone in this picture?