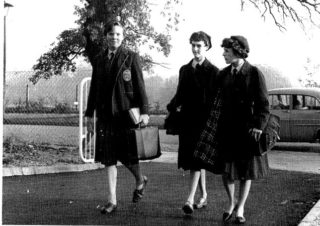 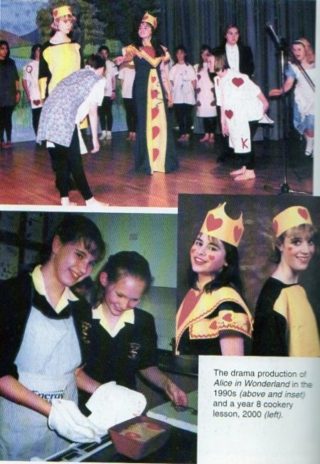 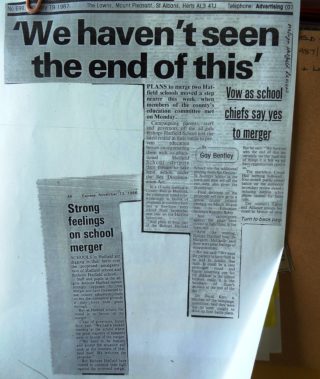 1988 press cutting when a merger with Hatfield School was proposed.
Hatfield Library

The Hatfield Girls’ Grammar School (as the school was originally named), opened in 1960 with an intake of 203 pupils and twelve teachers. The Headmistress was Miss M. Ashworth. In September 1976, the School was renamed Bishop’s Hatfield Girls’ School.

In 1988, it was proposed to merge the school with Hatfield School. This was opposed by parents and was eventually rejected by the Secretary of State for Education.

Visit the school web site at:- www.bishophatfield.herts.sch.uk (link opens in a new tab)