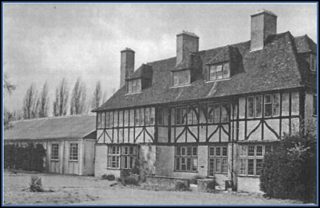 On 15th September 1951 Lady Cranbourne declared the Hatfield Youth Centre officially open at Breaks Manor, a large house, built in 1930, then recently purchased by the Hatfield Development Corporation. Lady Cranborne said,  “I am quite certain this centre is going to fulfill a great need in Hatfield,  and is something which has been increasingly needed as the town has grown”

The club opened with 168 members (plus a waiting list) and soon became known as ‘The Breaks’.  It has been a great success since. Its first warden was the famed Bill Salmon whose pay,  at the time,  was generously provided by the local De Havilland aircraft company.  Later his wife, Rose, helped him at the Breaks.  Indeed Bill, nicknamed ‘Skip’,  was also the warden of the earlier De Havilland Boys Club which operated on the upper floor of a large DH storehouse known as the Fiddle Bridge Hall or Club, sited near the Cat & Fiddle pub on the opposite side of the Hatfield -St.Albans branch line (now Alban Way).

In the few years following WW2 there was a variety of youth clubs set up but they became transient,  prompting Alderman CG Maynard to think it ‘wise’ that a permanent youth centre be provided.  And he said, “We must give the problem of youth very serious attention.”
It is doubtful, in 1951,  that the good Alderman was referring to the same ‘problems of youth’ that some would now associate with the current ‘problems’ in Hatfield 60 years later!  The Breaks was originally run as a twin club with boys and girls having their own separate activities,  but members did mix for certain programmes such as music and drama.

Shortly after opening, the Breaks also became the home for the Hatfield 20-35 Club and HLHS member Reg Coleman,  then aged 21, became Chairman of their Camera Club.  Then the Hatfield Society of Model Engineers arrived in 1952.   However, as Hatfield rapidly expanded in the mid 1950s – so did the Breaks.  And in1956 De Havilland kindly donated a large building that was once their old drawing office.  This was to become the clubs’ dance hall, among other uses. But the contractors employed to dismantle and re-assemble the building went bust.  In a great show of determination, club members (40 boys & girls) decided to take on the task of construction under supervision.  It took eighteen months to complete and in 1958 it was open for use.  The Radio Times magazine was moved to write an article about the club’s Herculean efforts and broadcast their story on BBC Radio South East.

During the early l960s many famous pop groups appeared in the Breaks self-built dance hall – such as Johnnie Kidd & the Pirates, The Tremelos and The Zombies.  It also provided a stage for local bands The Cortinas, Mixed Bag, Herbal Remedy and Albert Monk.

Click here ‘Rock Around the Block’ for more info. about the great music heard at the ‘Breaks’