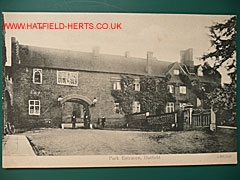 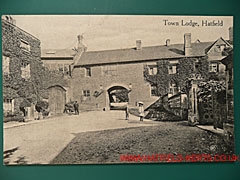 The Gate House is now a refurbished apartment, within a Grade II Listed Georgian building, which is walking distance from Old Hatfield and railway links to London. However, it used to be the entrance to Hatfield House at the top of Fore Street. The Great North Road originally curved towards the right and lead between the back of the church and in front of the gatehouse.

Nowadays the building to the left is now also called The Gatehouse, (whereas previously it was known as the Salisbury Arms inn.) Before the closure of the archway, it was used as the entrance to the courtyard of Hatfield house, which was said to be able to stable around 100 horses. It was a conventional stop on the Great North Road, when a popular transport option was the stagecoach.