You are here: Home>Topics>Housing>Cedar Road 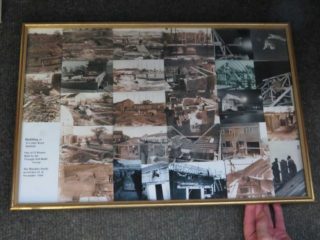 Collage of photos taken during the building
Bill Hinckley 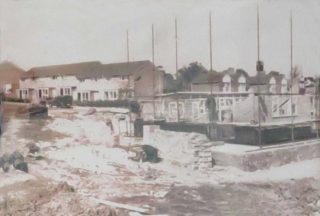 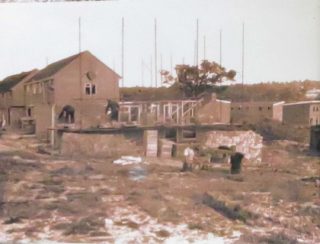 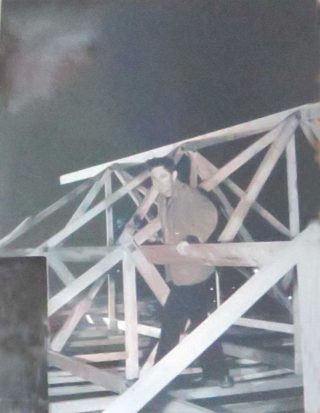 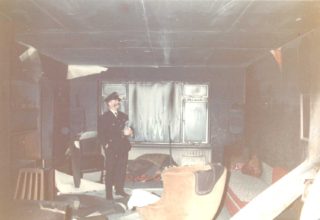 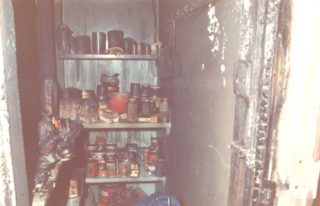 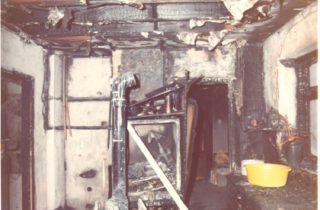 In 1957, my wife Audrey and I joined the Triangle Self-Build Group when one of its original members dropped out. The intent was to build our own homes on 15 adjacent plots in Cedar Road. Each of the group’s 15 members, including ourselves, leased an individual plot from Hatfield Development Corporation.

We firstly commissioned an architect who came up with a design for a mixture of detached and semi-detached houses. Then, as with other self-build groups in Hatfield, we set to work to build the actual houses ourselves. We worked evenings, weekends and holidays – this was on top of our day jobs.

It was perhaps easier for me when I joined the group as I was working in an office during the week. But it was still very wearing, and there were a few who dropped out along the way. Audrey and I were at that time living in Brixton, South London. Travelling involved multiple journeys from Brixton to Hatfield as the men were expected to work two evening a week on the site, and also Saturdays and Sundays.

We allowed ourselves one Sunday off in every fifteen.

My mode of commuting to Hatfield was a three-wheel Bond Minicar. This added up to something like 27 hours each week plus travelling time, as well as having to hold down my office job during the day.

Building commenced in 1958 and members of the group moved into their new houses as they were finished. The final house was completed in 1963.

While the building works were in progress, the Company I worked for gave us a large amount of high-quality timber & plywood. So we set Fred Figg up with a workshop in one of the garages – he being a cabinet maker by trade – and we thereby got excellent fitted kitchens.

I then took over the running of the site with final completion achieved in time for a well-earned and long-awaited Summer Holiday for members, wives & children.

I took numerous photos while our house was being built, and you can see some of them on the right.

All these years later, we still live in the same house in Cedar Road, but things could have been so different. Twelve years after we had moved in, our house suffered a serious fire. Whether the cause was electrical or from something else was never established.

We were lucky to have escaped as there were no smoke alarms in houses at that time. Our son, Phil, became famous in the local paper (see clipping, below right) as it was he who raised the alarm while also having the sense to shut the kitchen doors.

Audrey and I, with our two sons Trevor & Phil (and three dogs!) all moved into grandmother’s annexe, from where we could check that the house was secure and could keep an eye on, and help with, the rebuild.

We were able to move back into the main body of the house after only two mouths, especially due to the magnificent help from various members of the original Self-Build group and their families. We celebrated by holding a “Cooling-Down Party”, given for all who had helped us. I remember making a large bowl of punch, which was placed in the area of the kitchen which was still awaiting delivery of a new high-level cooker.

Our houses in Cedar Road have certainly stood the test of time as family homes, with five still occupied by their original Self-Builders.