You are here: Home>Topics>Hatfield At War>The First World War>Two Names have been added to the Hatfield WW1 War Memorial

Two Names have been added to the Hatfield WW1 War Memorial 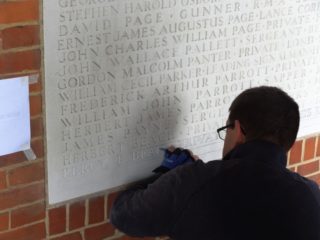 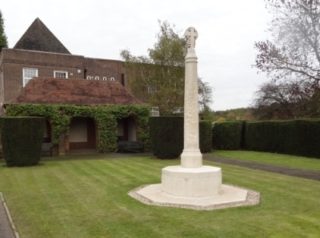 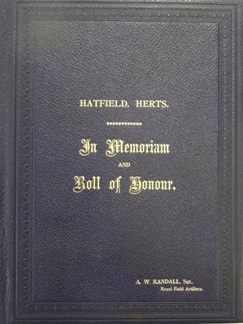 The Hatfield Local History Society to mark the centenary of WW1 in 2014, carried out research into the names of the fallen on the Hatfield War Memorial, and in the “In Memoriam And Roll of Honour” Album.

We found that two men who were in the Album, were missed off the Memorial.

Private Percy Frederick Bean of the North Lancashire Regt. died of wounds at the 51 Clearing Station France, on the 11th March 1918.

Private Henry W. Bishop of the Duke of Cornwall’s Light Infantry died at home. Henry was wounded and gassed at the Somme front on the 16th September 1916 and was returned home in very poor health, he died on the last day of the war on 11th November 1918.

The Stonemason Simon Langsdale of Bishops Stortford, was a student at University of Hertfordshire were he obtained a degree in History.

The work was commissioned and paid for by the Hatfield Town Council, and carried out by J.J. Burgess & Son’s Funeral Directors.