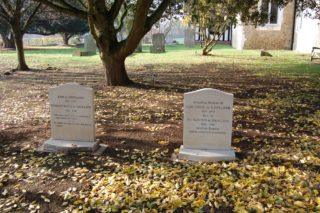 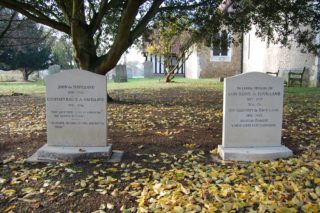 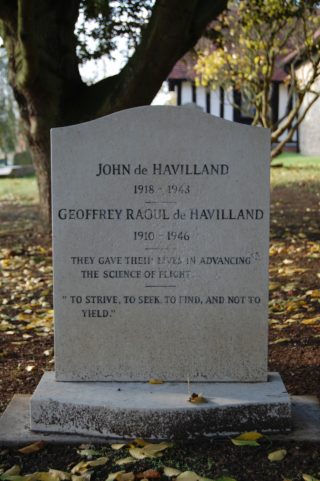 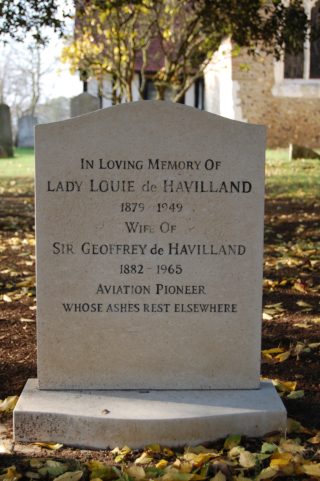 John de Havilland was the youngest son of Sir Geofrey de Havilland and was born in Middlesex in October 1918. He was a sergeant in the Royal Air Force Volunteer Reserve prior to the Second World War. Due to the demands for pilots in the de Havilland company, he was released from service and joined his father’s firm.

Along with his brothers Peter and Geofrey jr he became a test pilot with the de Havilland company in Hatfield.

During a test flight of a de Havilland Mosquito Mark VI, flying with flight test observer John H. F. Scrope, he collided in the vicinity of St Albans with another Mosquito Mark VI flown by pilot George Gibbins. Both aircraft were made of wood, and disintegrated in the air, killing all four occupants aboard. G.F. Carter was flying as an observer in Gibbins’s aircraft. He died on 23 August 1943 and is buried in St Peters Churchyard Tewin.

He died on the evening of 27 September 1946 whilst carrying-out high speed tests in the de Havilland jet-powered DH 108 Swallow which broke-up over the Thames estuary, the remains of the aircraft being discovered the following day in the mud. Geoffrey was found on the mud flats at Whitstable, his parachute pull ring untouched, he was found to have suffered a broken neck.

He is buried along with his brother in St Peters Churchyard, Tewin.

John & Geoffrey’s mother Lady Louie de Havilland suffered a nervous breakdown after the death of her two sons and died in 1949, she is buried along side them in St Peter’s Churchyard, Tewin.

In 1988 British Aerospace paid for repair work to be undertaken on the original de Havilland graves, they also undertook the upkeep of them.

In 1997 Peter Walters, churchwarden at St Peters Church, Tewin, noticed that the lettering on the graves had eroded so much that they could nolonger be read.

Being an ex employee of British Aerospace himself he got in touch with John Martin a, heritage member of the Hatfield Aviation Association. The Association then mounted a campaign to have the stones replaced. British Aerospace agreed to cover the costs and the memorial stones were manufactured and errected by Justin Burgess of J J Burgess and Sons, Hatfield.

The project was undertaken with the permission and co-operation of Anne Essex, Sir Geoffry de Havilland’s granddaughter.

A service was conducted by Rev. Tom Gladwin and Anne gave the address during the service. There were over 60 members in the congregation, the majority of them being former employees of de Havillands. Also present was film actress Olivia de Havilland, cousin to Sir Geoffrey de Havilland.

Simon Raynes, a spokesman for BAe, stressed the importance of the contribution the de Havilland brothers made to the aerospace industry and it is appropriate that they are remembered in this way.