You are here: Home>Topics>Churches>St John's Church 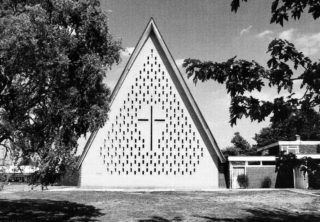 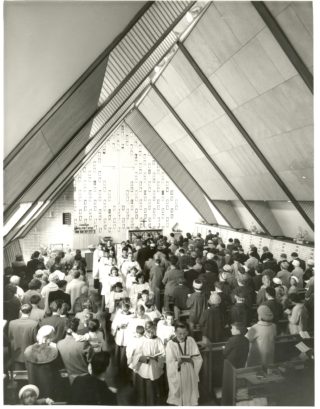 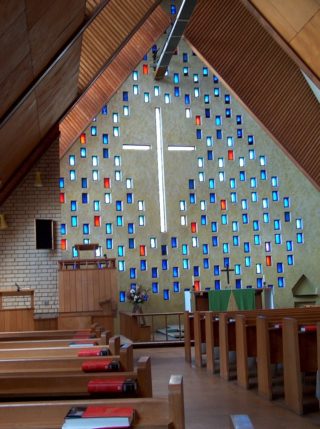 St  John’s Church began its existence in the Roe Green Lane “Iron Room” also known as  “The Roe Green Mission Room”  (now demolished). This was opened on Sunday  December 23rd 1888 when a service was held at 3 o’clock in the afternoon.

The  Iron Room was a gift of the 3rd Marquess of Salisbury.

In  1953 a sanctuary and vestry were added to the original Mission Room and the  whole “tin church” was dedicated in the name of St John.

In  1955, the Cavendish Hall was opened by the Minister of Housing and a sanctuary  at one end was dedicated by the Bishop of St Albans; this was used instead of  the Mission room for services. Plans went ahead at the same time for a new  church of St John at the top of the hill above Roe Green, the highest site in  the New Town.

The  new church was designed by the architects responsible for much of South Hatfield  New Town, Messrs. Lionel Brett, Kenneth Boyd and Peter Bosanquet, and cost  £35,000. Adjacent to the church is St. John’s House built for the Priest in  Charge. The whole site was given by the 5th Marquess of Salisbury.

The foundation stone of St John’s Church was laid on June 14th 1958 and the consecration of the building was on 26th March 1960.

Over 1,200 householders in the New Town had contributed to the costs, as well as other donors together with the central funds of the Church of England and the diocese. The building has a striking shape with a roof that swoops virtually to the ground. Sadly though there are some flaws in the design with one Vicar bemoaning the fact that it was difficult to hold funerals as coffins have to be manoeuvred up a steep flight of stairs.

The Church was built to serve South Hatfield, Oxlease and High Dells. This it has done for the past 54 years.